As the end of 2017 approaches, we publish this blog to share some OONI highlights from the last year. We also share some of the things we’ll be working on in 2018!

In February 2017, measuring internet censorship with OONI Probe suddenly became easier than ever before! With the launch of the OONI Probe mobile apps, hundreds of thousands of people from around the world started testing their networks for censorship. Thanks to their testing, millions of measurements have been collected (and published) from thousands of local vantage points in more than 200 countries, shedding light on numerous cases of internet censorship.

We consider the launch of the OONI Probe mobile apps an important landmark since it opened up the possibility for anyone (regardless of their technical skills) to join a global movement that monitors (and responds to) information controls on the internet.

New tests were released along with the launch of the OONI Probe mobile apps: 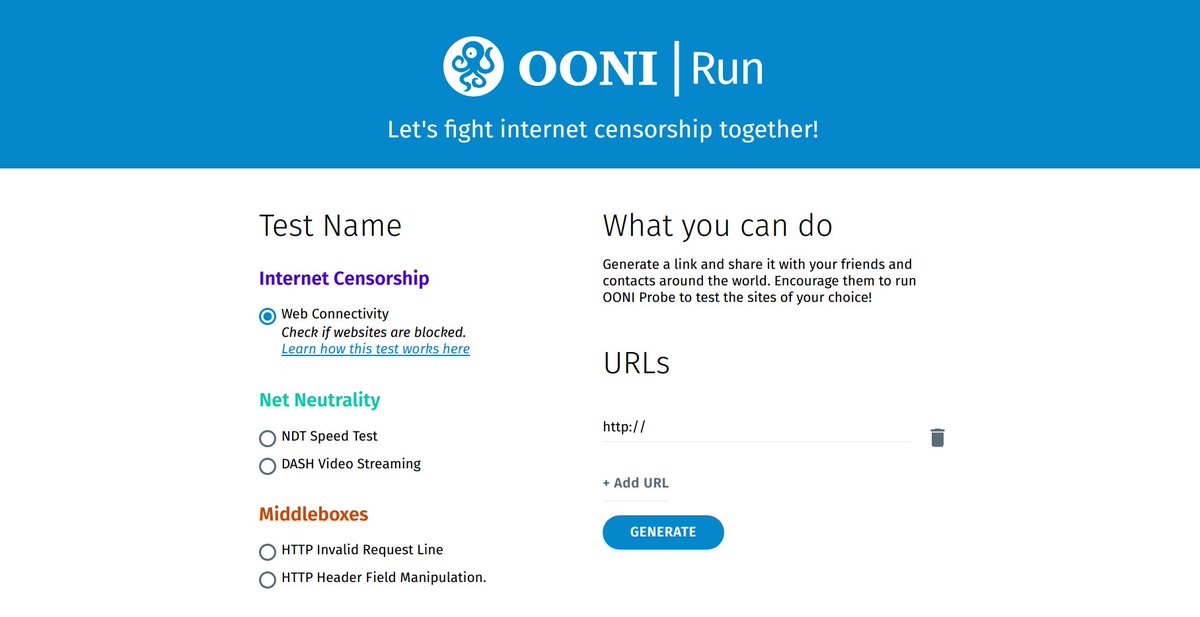 We often hear of censorship events around the world, but measuring networks in those countries may not always be easy or feasible. In 2017, global coordination on censorship measurement research likely became a whole lot easier!

With the launch of OONI Run, you can engage others with censorship measurement tests by simply sharing a URL generated from the platform. This URL can include the OONI Probe tests of your choice, as well as the sites that you’re interested in testing for censorship. Anyone who clicks on this URL will be prompted to install the OONI Probe mobile app to run the tests and test the sites you have chosen. 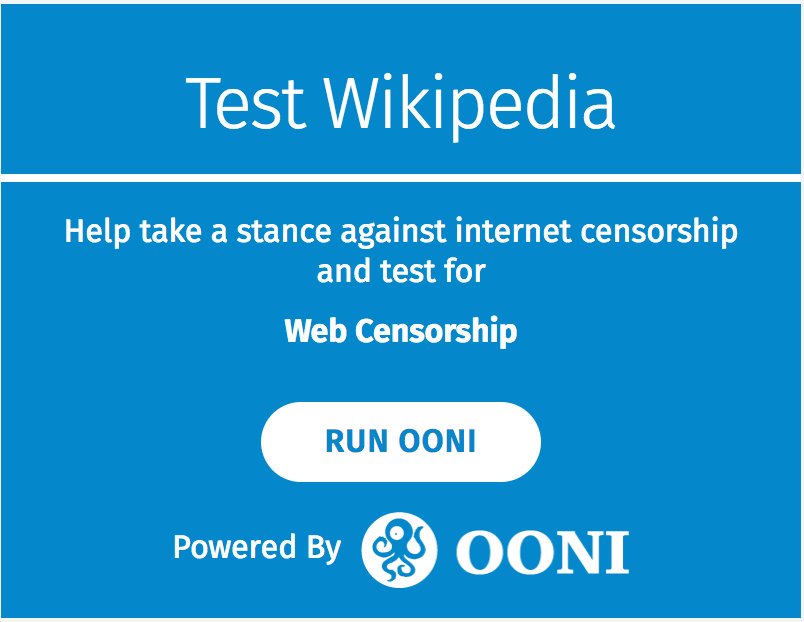 Interested in knowing whether your site is blocked? With OONI Run, you can also monitor the accessibility of the sites you care about! We provide widget code that you can embed to have your site tested by the global OONI Probe community.

We’re particularly excited about OONI Run because it can help support evidence-based monitoring of global censorship events and rapid response by the internet freedom community. 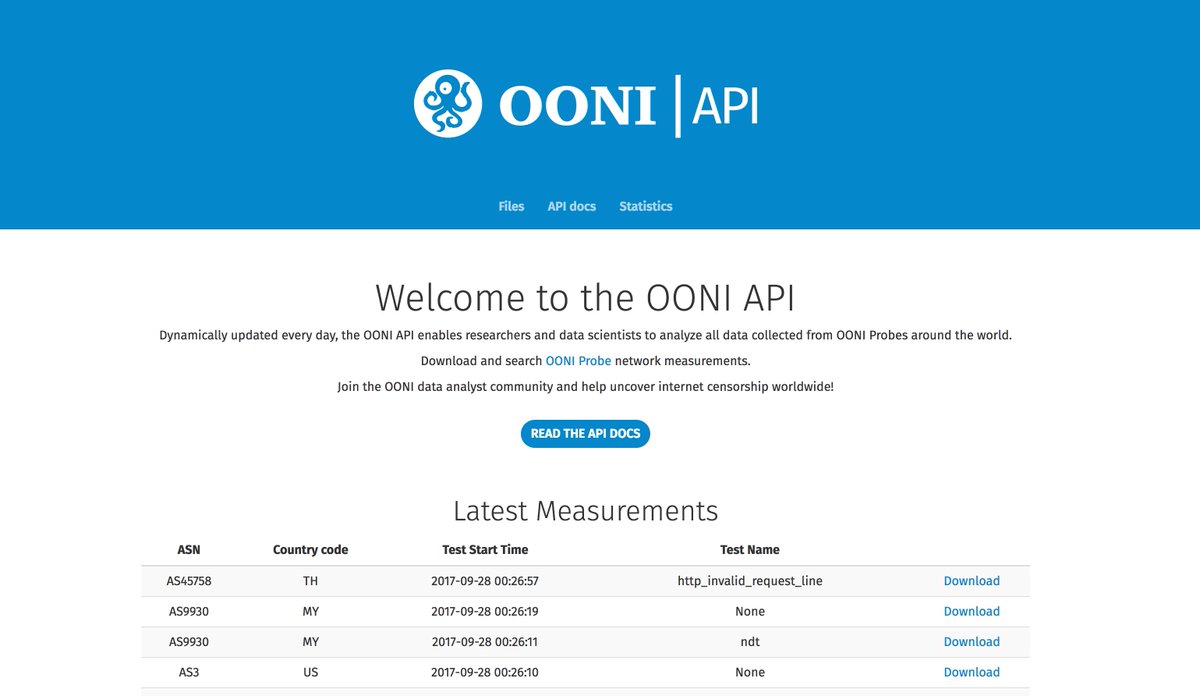 Open data is at the heart of the OONI project. Following a year of re-engineering and improving upon our data processing pipeline, we recently launched the OONI API.

We publish all measurements we collect to:

We encourage data scientists and researchers to download and analyze OONI measurements to uncover cases of network interference. 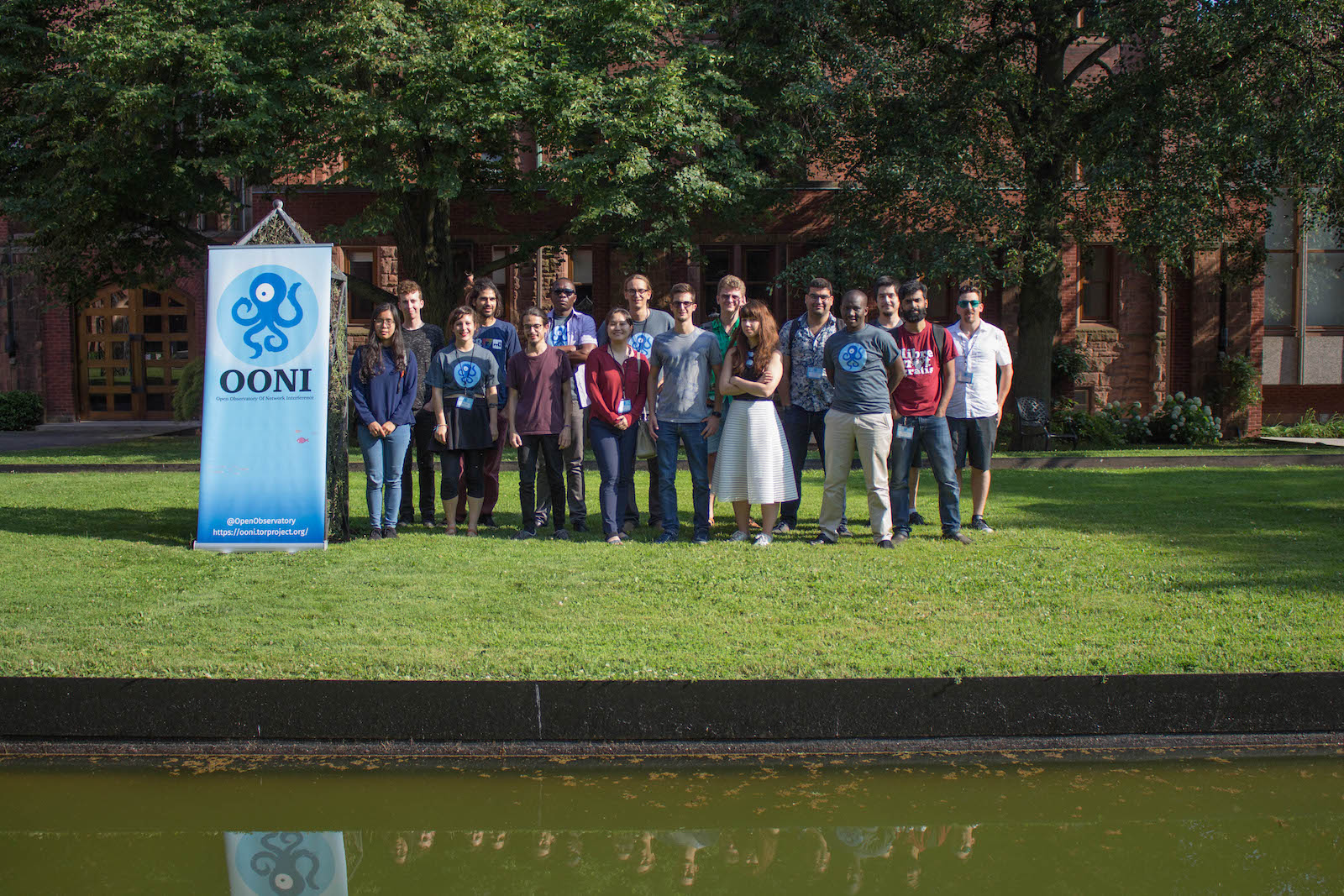 Over the last year and a half, we have had the opportunity to establish partnerships with digital rights organizations from around the world. In July 2017, we hosted the first OONI Partner Gathering.

This two-day event was held at the University of Toronto and brought together our partners from Africa, Latin America, the Middle East, South Asia, and Southeast Asia to share skills, knowledge, and findings on the study of internet censorship.

In collaboration with our partners, we published the following research reports based on the analysis of OONI network measurements:

Many of the things we worked on in 2017 were possible thanks to our passionate community. We would therefore like to express our gratitude by sharing and encouraging feedback for some of the upcoming things we’ll be working on in 2018. These include: