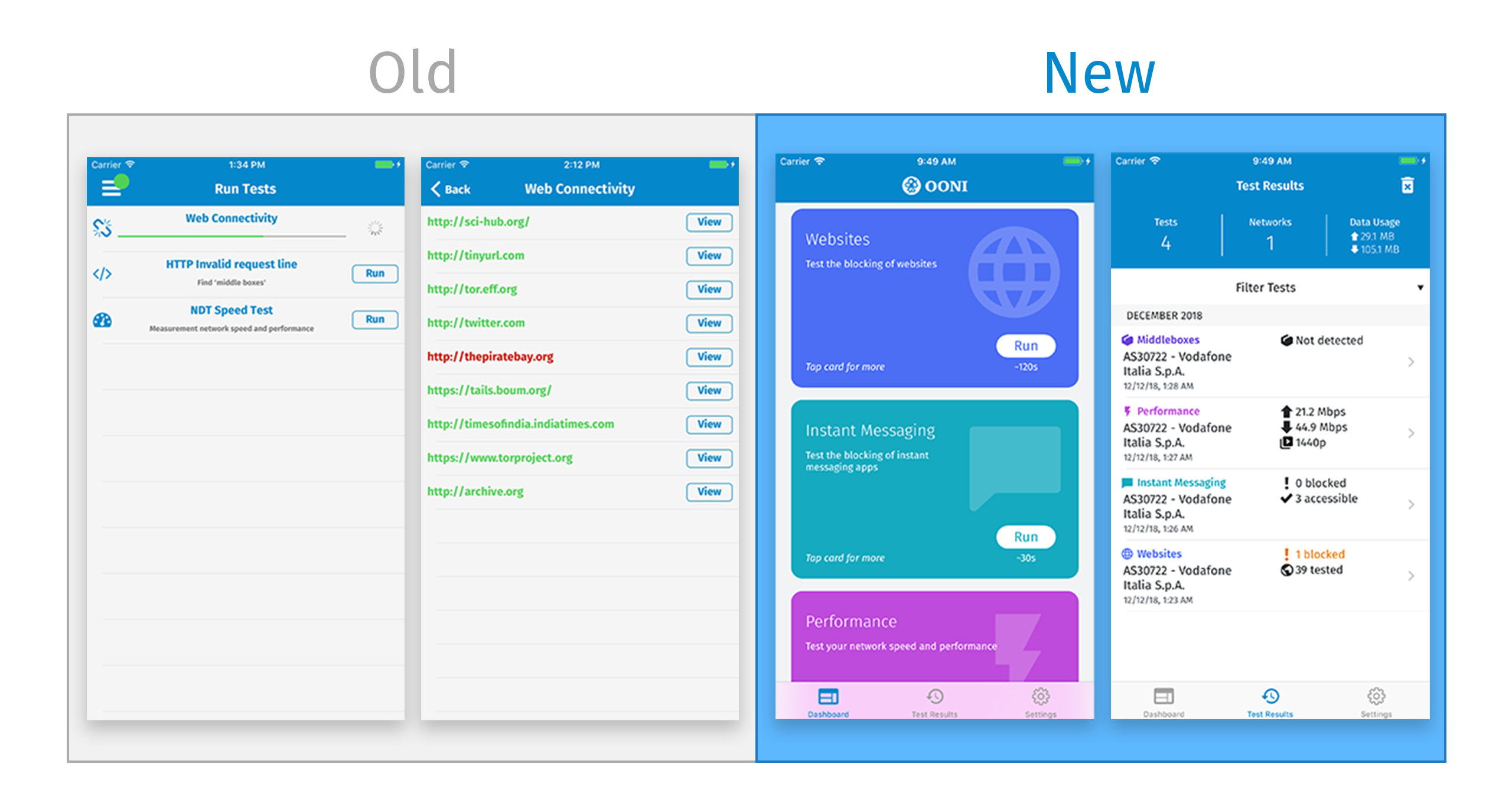 Are websites and social media apps blocked? Is your network unusually slow?

Install OONI Probe now on Android or iOS to find out!

You have this power with OONI Probe.

With the tap of a button, you can run OONI Probe to measure:

You’ll get results that not only answer the above, but which also provide network data that can serve as evidence of network interference (since it clearly shows, for example, how a service is blocked).

Apart from satisfying your own curiosity, you’ll also contribute to a growing public archive, since all OONI measurements are (automatically) openly published. By running OONI Probe, your results will help increase transparency of internet censorship and other forms of network interference. These measurements will support researchers, lawyers, journalists, and human rights advocates tracking internet censorship around the world.

If you’ve used OONI Probe before, you’ll notice that the new apps have improved design and UX! 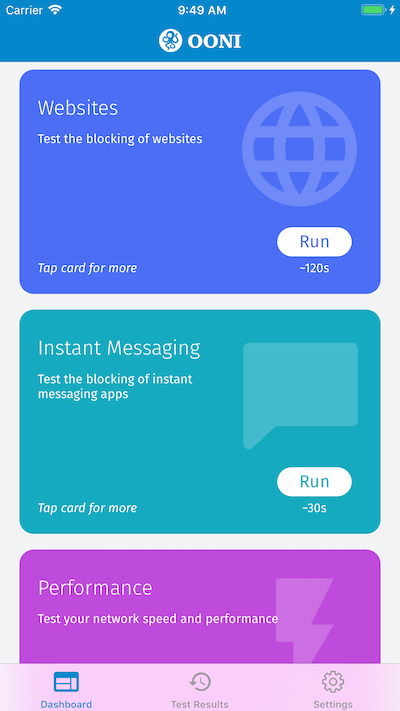 We have simplified navigation, improved how the results are presented to you, and otherwise enabled you to run sophisticated network measurement tests in an easy and (hopefully) pleasant way. Some UX highlights include a dashboard for grouping tests by category and an overview of test results.

With OONI Probe, you can view results in the app as soon as you run each test, enabling immediate censorship detection.

One of the major new features of the revamped apps is that you can now have a bird’s-eye view of all test results. 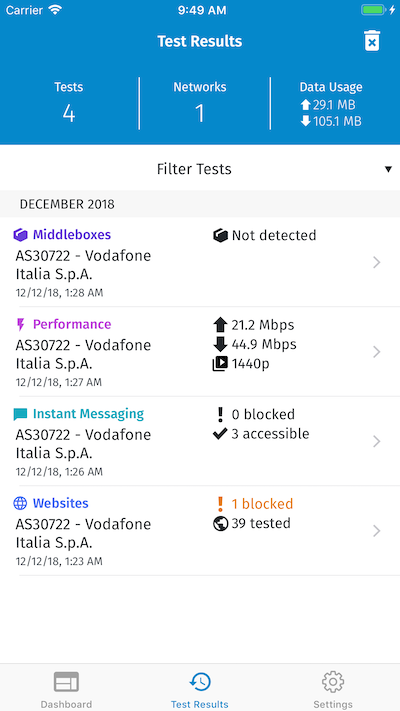 By having an overview of results, you can:

With the revamped apps, you can also filter your test results, drill down into specific results and dig through network measurement data.

Test websites of your choice

Did you just hear that a website is blocked? Are you unable to access a website, but you’re unsure if it’s intentionally blocked or not? Are you interested in testing your own list of websites (as part of your research or just out of curiosity)?

You can now easily test the sites of your choice via the revamped OONI Probe mobile apps! 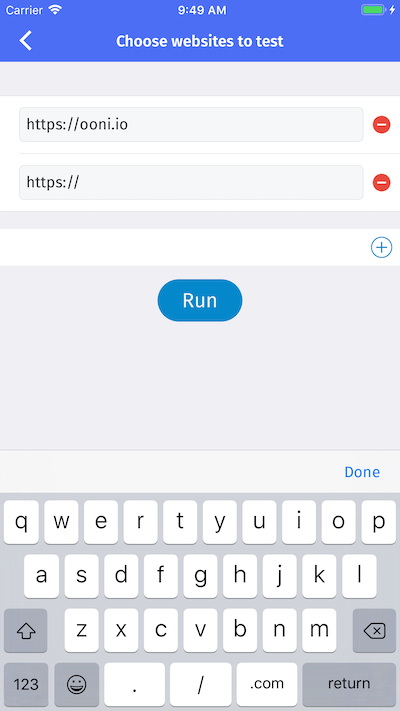 As soon as you test each website, you can immediately find the results in the app.

Remember to run OONI Probe’s Web Connectivity test as many times as possible! Everytime you run this test, you will test a different sample of URLs from the global and country-specific test lists. We have set this limitation due to bandwidth constraints.

Choose categories of sites to test

By default, OONI Probe measures a diverse set of URLs included in the Citizen Lab’s test lists. While these URLs include popular sites - such as facebook.com, twitter.com, media websites, etc. - they also include websites that may be controversial or illegal to test in some countries.

To provide you with more control and more choice over which websites you test, we have included a new feature in the OONI Probe mobile apps that allows you to enable and disable website categories, depending on what you feel comfortable with.

You can find this feature via the settings of the Websites card of the app.

With the new OONI Probe version, you can keep track of how much of your mobile data the app is using. This allows you to understand, on a per test basis, how much bandwidth is used by the OONI Probe mobile app.

Since the initial launch of the OONI Probe mobile apps (back in February 2017), we’ve been collecting community feedback (through usability studies, workshops, and other means) to improve the apps and better serve your needs.

If you participated in usability studies or otherwise shared feedback, we’d like to thank you, as you have played an important role in today’s launch. And if you have feedback based on the new apps, we encourage you to share it with us by sending an email to contact@openobservatory.org.

Our work is ongoing and we plan to release many new features over the next year. In the meanwhile, install the new apps and stay tuned for the next releases!